I propose here a family walk that will allow you to discover the Alpine meadows of Sommand and Praz-de-lys, as well as of the pretty Lac de Roy. This outing is very easy, since almost flat and short, and will delight young and old alike. The lake is the starting point of several hiking trails, including Pic 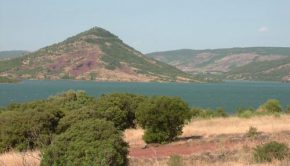