A selection of articles dealing with the weather and its relations with climate change. 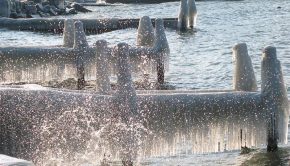