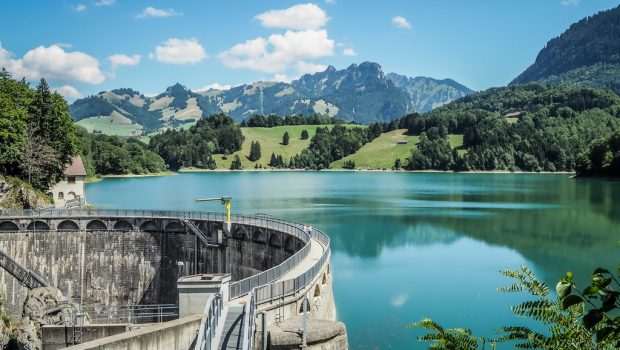 Published on 3 August 2015 | by Pierre-Alexandre

Let’s have a little excursion to the Canton of Fribourg for a typical family hike: the Gorges de la Jogne. The itinerary, following against the current the eponymous river, is accessible, playful and full of surprises for the whole family since many tunnels and footbridges accompany the way. The track is shady for the most part and allows observing the local fauna and flora. The outlook from the dam on Lac de Montsalvens and Dents Vertes is unforgettable and invites to a deserved break. The itinerary is closed in winter or after violent thunderstorms since it can become very slippery, especially in the final ascent just before the dam.

From Bulle, follow the direction of Charmey and Châtel-sur-Montsalvens. After leaving the village of Broc, turn right on a little forest path and park at the end of that road. For people traveling by public transport, get off at “Broc, le Home” stop located 150 meters away from the forest path.

Follow the pathway along the Jogne River by crossing the numerous footbridges and tunnels all along the track. The only real difficulty is the steep rise just before the dam.

Take the same path as previously described. It’s possible to continue to Châtel-sur-Montsalvens to take the bus at “Châtel-sur-Montsalvens, Rest.” stop. For those who want a longer excursion, it’s also feasible to go the “Charmey, télécabine” stop by following the “Tour du Lac” path. Hence, add 5.3 km, to wit, 1:30 hour to reach the bus stop.