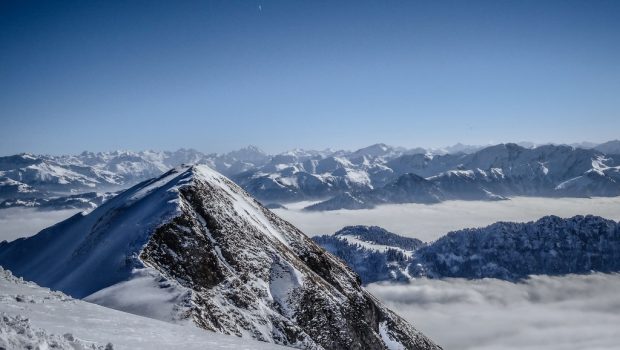 Published on 10 February 2015 | by Pierre-Alexandre

Pizol ski resort is located in the Canton of St. Gallen, in Wangs and Bad Ragaz villages on the Liechtenstein border. It takes its name from the eponymous summit culminating at 2844 m southwest of the ski resort.

Although it remains a relatively small ski resort with a total of 40 km of slopes, including 14 km of blue slopes, 18 of red slopes and 8 of black slopes, Pizol is a must in the region for its magnificent views of the Graubünden massifs, St. Gallen, Liechtenstein, and Austria. The infrastructure of the ski resort is ideal for beginners with its five ski lifts, three chair lifts, and three gondolas; The most experienced ones are not forgotten thanks to the Malenberg-Wangs ski trails and the “Riderpark Pizol” where ramps, rails, and bumps allow to test freestyle skiing. You can get to the ski resort by Wangs or Bad Ragaz via the two Pizolbahn gondolas located near the bus lines 430, 429 and 456 of the company Rheintal Bus.


Having no longer been skiing for several years, I must admit that this ski resort seduced me because of its many assets, especially its immediate proximity to the bus lines and railway stations of Sargans and Bad Ragaz. It is also possible to benefit from advantageous tariffs from SBB with the “Snow’n’Rail” ticket, which offers a 20% discount on public transport fare (train, postal bus, bus) and a rebate on one or two-day packages; The two days cost me 56 CHF all included, even if the discount on the ticket did not really concern me, being a holder of a GA travel card. The day package is worth 54 CHF for an adult; It is worthwhile to favor public transport, especially since connections are regular.

My great fear after so many years away from the tracks was not to be able to descend the slopes in complete serenity for lack of sufficient practice and well-groomed tracks; Now, this is not the case: the sensations have returned very quickly on these blue and red tracks that one descends without any concern. There are also a few free attractions worth a visit, such as the mini giant slalom track under the Gaffia chairlift, the nearby speed trail or the three toboggan runs that can be descended at night after a fondue in the restaurants of the ski resort. But, of course, one shouldn’t forget the stop at the Pizolhütte at noon to eat beautiful spätzle in front of a breathtaking panorama!